"It's fine to take a break sometimes."

My name is Adriane Troy U. Alariao but you can just call me Troy. I usually spend most of my time inside the house even before the pandemic occured. Every morning mom wakes up early to go to work and I'm left with the chores, after I'm done cleaning I head to my room to rest, sitting in front of my desk and play some random YouTube video or listen to music. After resting I check my school stuff if there are anything that needs to be done as soon as possible, I compile them in one single folder for convenience. When I'm done with my schoolworks I start doing something productive like digital art and track mixing, I'm an amateur at both so I tend to ask people for inputs and opinions to better myself while keeping my own style at the same time. When I'm not doing either I watch Virtual YouTubers or "vtubers." I will present some samples below:

What I do when I wake up

The first thing that I do when I wake up is to brush my teeth.
Here is a video example on how to brush your teeth:

Next is doing chores.
Here is a list of the chores that I do with tutorial videos:


We don't have the luxury to buy a vacuum so we use a broom to do it.
Mopping the floor:


I usually mop the floor 2 times, first with detergent and bleach then fabric softener.
Washing the dishes:


This one is the easiest, since I only need to stand in front of the sink to do it.

The rest is just me putting stuff back into place, and that's it.

What I do when I take a rest

Taking a rest is my favorite thing to do after using my energy. During my rest I listen to music or watch random videos.
I will list some of my favorite artists and their tracks which are my most favorite.

known professionally as Juice Wrld (pronounced "juice world"; stylized as Juice WRLD), was an American rapper, singer, and songwriter from Chicago, Illinois. His song "Lucid Dreams" has been played on music streaming platform Spotify over one billion times.

My favorite song from Juice WRLD:


This entire song, from track to lyrics touches my soul. It just hits different since Jarad passed away.

American singer and motion-picture actor who, through a long career and a very public personal life, became one of the most sought-after performers in the entertainment industry.

My favorite song from Frank Sinatra:


This song is just too good and romantic that I'd listen to it when I feel lonely.

Here is an example of the recent track that I made:

Here is an example of the recent digital art that I made: 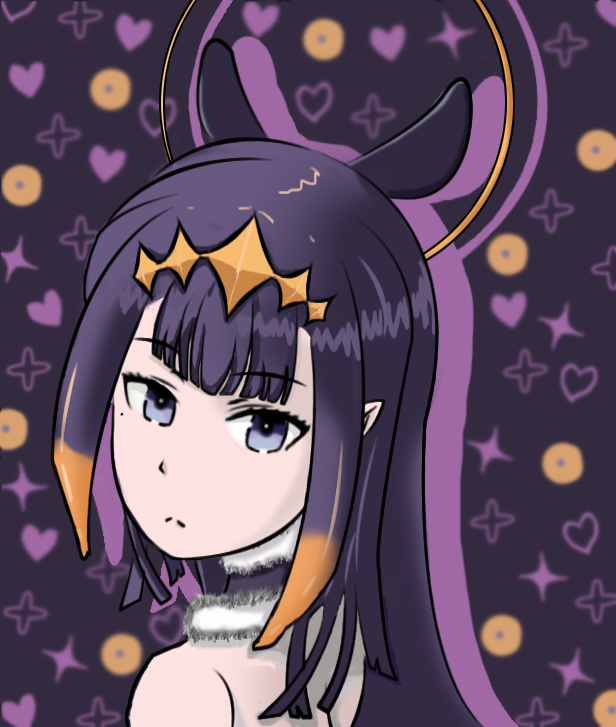 I'm an amateur at drawing but I do my best and get inspiration from experts when I get motivated enough. What matters is that you felt satisfied finishing your work.